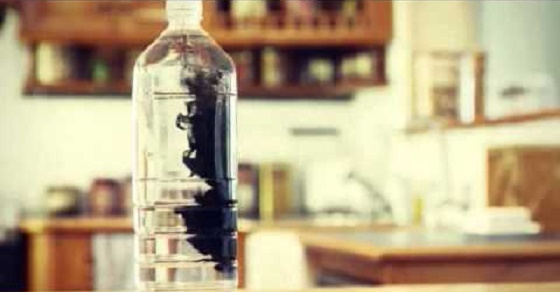 Halliburton has been caught selling diesel -- regulated by the EPA as one of the most toxic substances used in fracking -- to companies illegally injecting thousands of gallons of the stuff into the ground across the United States, putting our groundwater at risk of contamination.

Due to the "Halliburton Loophole," created by an Energy Task Force chaired by Dick Cheney -- the former CEO of Halliburton and former United States Vice President -- the toxic brew that fracking companies inject into the ground near drinking water is unregulated. Diesel is one of the few fracking chemicals so toxic that it is exempted from the loophole, but thanks to Halliburton and its partners, diesel is still being illegally injected. We need to take a stand today and get the EPA to stop this threat to our drinking water.

Hydraulic fracturing, or fracking, is the process in which highly pressurized liquid is pumped into the ground to open up fractures along a rock formation in order to extract hydrocarbons trapped within the stone. In the process of opening up the seams, fracking has the potential to break into ground water sources, spilling the pressurized contents of the injected chemical compounds into aquifers and wells.

The Halliburton Loophole -- passed by Congress in 2005 -- was a huge gift to the fracking industry. It stripped the EPA of its authority under the Safe Drinking Water Act to regulate the injection of fracking fluids. The result: thousands of people across the country have suffered illness and economic devastation as the very land on which they live becomes toxic. The industry, meanwhile, continues to push "self-regulation," in which the companies involved don't even have to disclose the ingredients in their toxic cocktails.

Because of the extremely toxic nature of diesel, it was one of the only substances left out of the Halliburton Loophole. While it is still allowed in fracking, the EPA has stated that only companies meeting certain standards for storage safety are able to use it in their operations. However, Halliburton has continuously ignored this rule, selling diesel fracking chemicals to companies using it illegally. The carcinogenic brew that diesel contains is at risk of infecting groundwater sources across the country, exposing citizens to risk of cancer, stillbirths, and other illnesses.

The fracking industry has repeatedly claimed that it does not use diesel. Despite this, the Environmental Integrity Project identified over 350 wells in which diesel was used, none of which had applied for or received the necessary Safe Drinking Water Act permit. Clearly, the EPA is failing in its job to ensure our access to safe, drinkable water. We need the EPA to assert its authority, regulate Halliburton and its partners, and safeguard our water.

Over the past decade, fracking has exploded across the country. Whenever light has been shed on the industry, it has revealed appalling practices. Recently, it emerged that numerous fracking companies had dumped billions of gallons of fracking wastewater into California's aquifers.

We're here to tell this Story, to prevent it from being buried, and to speak up against a prevailing narrative from the industry that government regulation is somehow more harmful than "self-regulation." When hiding behind secrecy, all sorts of violations are able to run rampant. The fracking industry seeks to pull the greatest amount of fuel out of the ground at the cheapest cost, and move from one community to the next as it pumps it dry. We need to tell the Story of what happens after the drill bits are pulled up -- the Story of the land and the people who live there. Their stories vastly outnumber those of the fracking companies, and if we can get enough people to tell their stories, we can ensure that the land will remain usable, for generations to come.